A Black-crowned Night Heron in Green Waters. The Black-crowned Night Heron, commonly abbreviated to just Night Heron in Eurasia, is a medium-sized heron found throughout a large part of the world, except in the coldest regions and Australasia. Black-crowned Night-Herons are stocky birds compared to many of their long-limbed heron relatives. They're most active at night or at dusk, when you may see their ghostly forms flapping out from daytime roosts to forage in wetlands. In the light of day adults are striking in gray-and-black plumage and long white head plumes. These social birds breed in colonies of stick nests usually built over water. They live in fresh, salt, and brackish wetlands and are the most widespread heron in the world.

Black-crowned Night-Herons often spend their days perched on tree limbs or concealed among foliage and branches. They forage in the evening and at night, in water, on mudflats, and on land. In flight they fold their head back against their shoulders, almost making the neck disappear.

These are social birds that tend to roost and nest in groups, although they typically forage on their own. Look for them in most wetland habitats across North America, including estuaries, marshes, streams, lakes, and reservoirs. 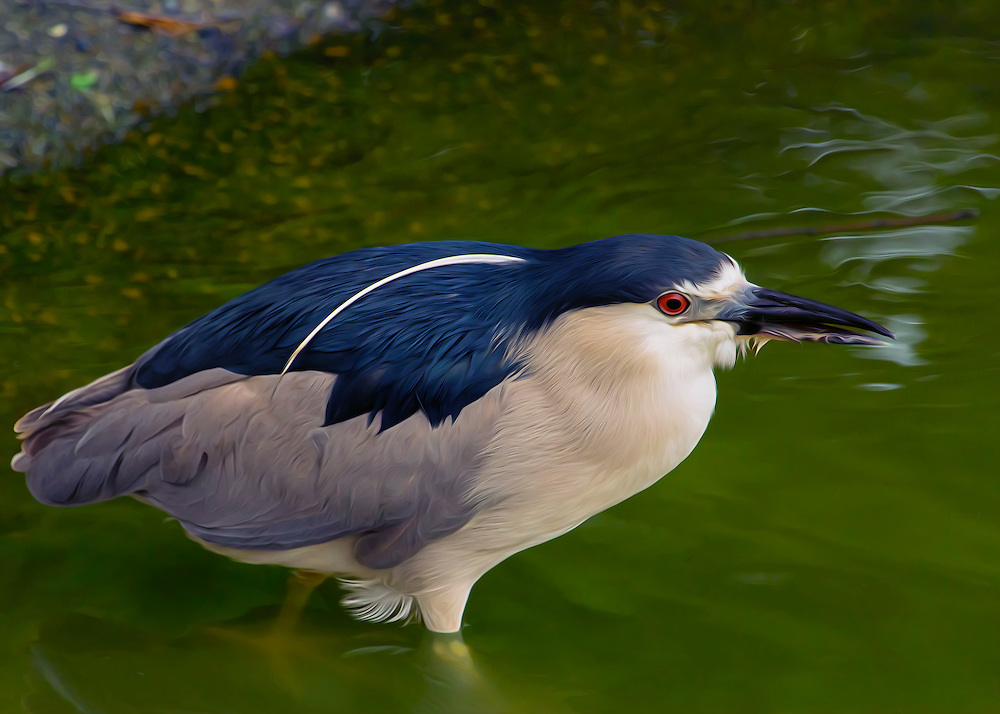