Jefferson Barracks, one of the National Cemetery Administrations oldest interment sites, has served as a burial place soldiers from all wars. The original military post was built south of St. Louis, Mo., on the banks of the Mississippi River to replace Fort Bellefontaine. Selected for its strategic geographic location, the post was opened in 1826. Jefferson Barracks became the army's first permanent base west of the Mississippi River. By the 1840s, it was the largest military establishment in the United States. During the Civil War, Jefferson Barracks served as a training post for the Union Army. There was also a hospital at the post for the Union army's sick and wounded. 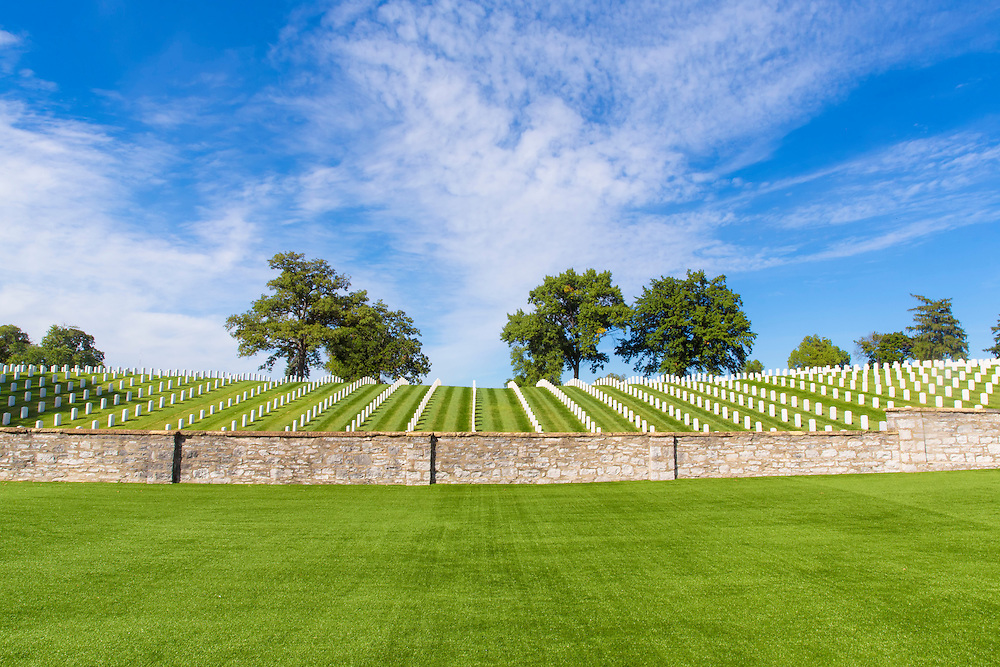