The Bald Eagle (Haliaeetus Leucocephalus) is found only on the North American continent. Adult male eagles generally weigh about 9 pounds. Adult females weigh in at between 12 and 13 pounds. Adult eagles have a wing span of up to 7 feet. Immature eagles are mottled brown and white. The distinct white head and tail of the mature bird is developed between 4-5 years of age. In the wild, bald eagles live to between 30 and 35 years. In captivity, they have been known to live up to 50 years.

Eagles do not live in isolation! Because they are near the top of the food chain, they become an irreplaceable indicator for measuring the health of the entire ecological system in which they live. After being listed as an endangered species in 1978 following a dramatic drop in population that began at the turn of the century, the Bald Eagle's status was upgraded to Threatened on August 11, 1995. Although efforts to replenish populations of the Bald Eagle have been successful, it continues to be protected under the Endangered Species Act, the Bald Eagle Protection Act, and the Migratory Bird Treaty Act. 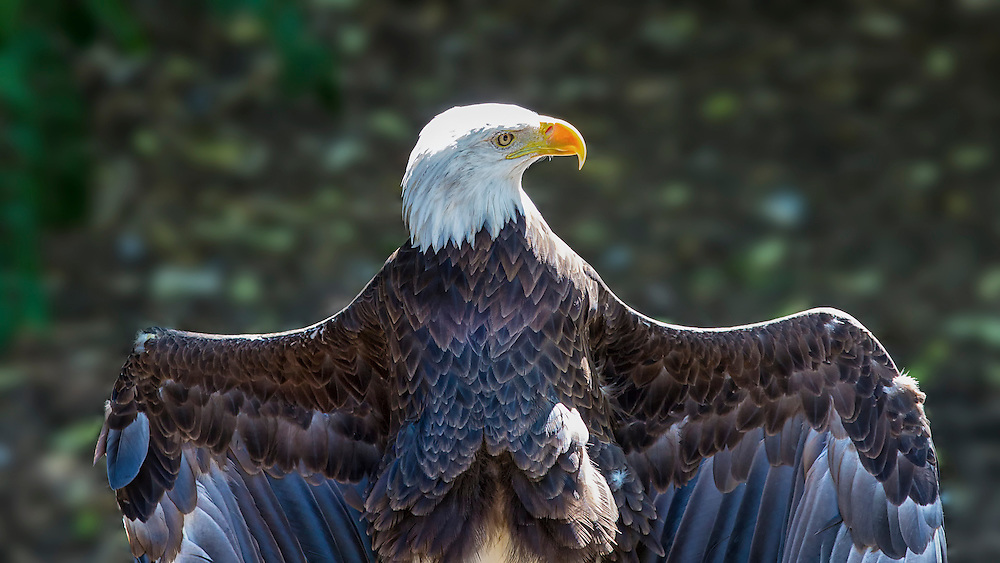