The Snow Goose has two color plumage morphs, white (snow) or gray/blue (blue), thus the common description as snows and blues. White-morph birds are white except for black wing tips, but blue-morph geese have bluish-grey plumage replacing the white except on the head, neck and tail tip. The immature blue phase is drab or slate-gray with little to no white on the head, neck, or belly.

Outside of the nesting season, they usually feed in flocks. In winter, snow geese feed on left-over grain in fields. They migrate in large flocks, often visiting traditional stopover habitats in spectacular numbers. Snow Geese often travel and feed alongside Greater White-fronted Geese; in contrast, the two tend to avoid travelling and feeding alongside Canada Geese, which are often heavier birds.

The breeding population of the Lesser Snow Goose exceeds 5 million birds, an increase of more than 300 percent since the mid-1970s. The population is increasing at a rate of more than 5 percent per year. Non-breeding geese (juveniles or adults that fail to nest successfully) are not included in this estimate, so the total number of geese is even higher. Lesser Snow Goose population indices are the highest they have been since population records have been kept, and evidence suggests that large breeding populations are spreading to previously untouched sections of the Hudson Bay coastline. 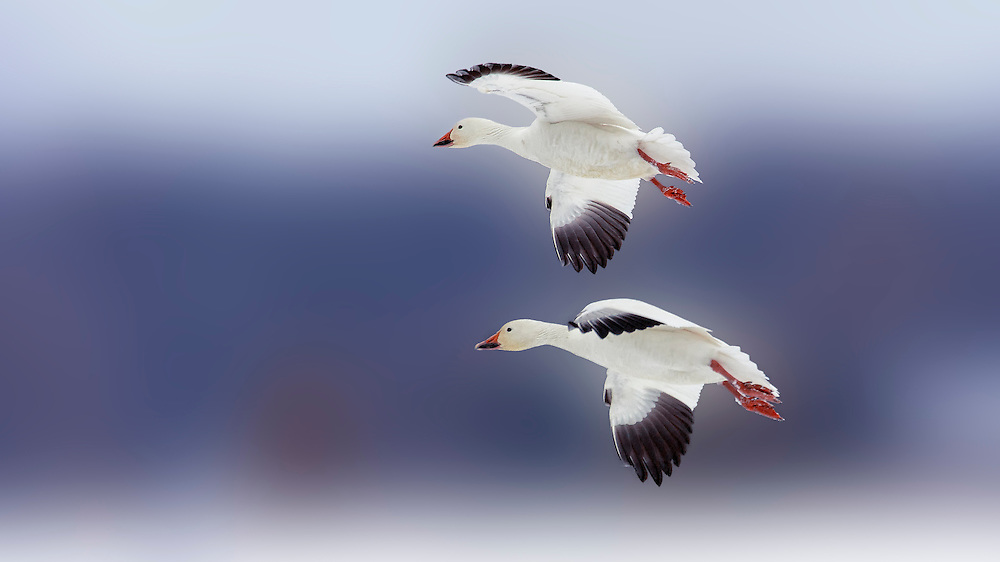