Watching huge flocks of Snow Geese swirl down from the sky, amid a cacophony of honking, is a little like standing inside a snow globe. These loud, white-and-black geese can cover the ground in a snowy blanket as they eat their way across fallow cornfields or wetlands. Among them, you might see a dark form with a white head?a color variant called the ?Blue Goose.? Snow Geese have skyrocketed in numbers and are now among the most abundant waterfowl on the continent.

The Snow Goose, also known as the Blue Goose, is a North American species of goose. Its name derives from the typically white plumage. The genus of this bird is disputed. Snow Geese don't like to travel without the company of another couple dozen geese and can form flocks of several hundred thousand. Family groups forage together on wintering grounds, digging up roots and tubers from muddy fields and marshes. In flight, they are steady on the wing with even wingbeats. 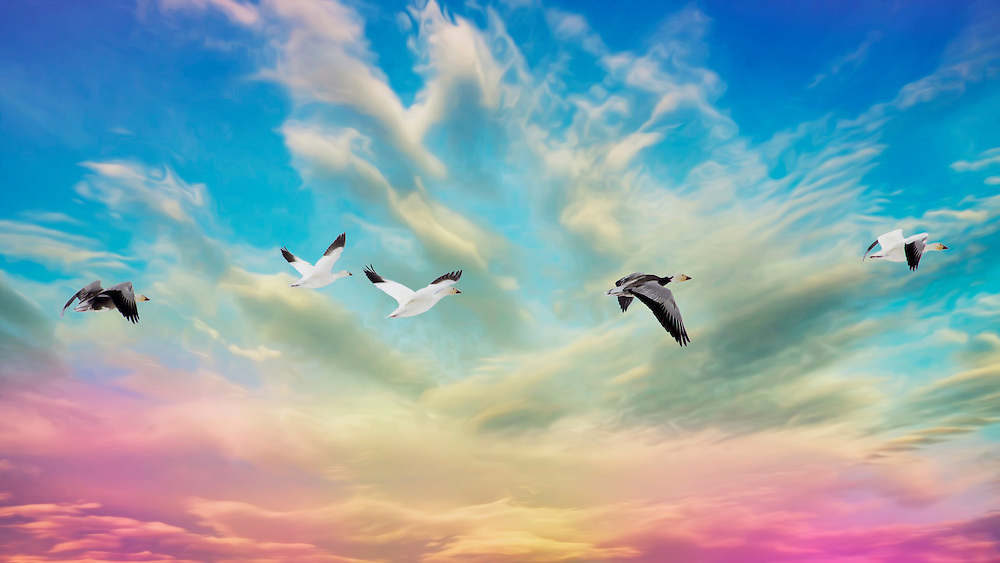