Columbia, an adult female bald eagle, came to the National Eagle Center in 2003 as a juvenile. She hatched in the spring of 2001.

After feeding on road kill near Dunbar, WI, Columbia was struck by a van. This accident left her with an open fracture near her right shoulder. While this wound was significant and would render her unable to fly again, the accident most likely saved Columbia's life. During treatment for her injuries, Columbia was found to have nearly twice the lethal dose of lead in her blood.

Lead is extremely dangerous for eagles. Just a tiny amount of lead can be lethal in 4-5 days. She was able to be treated for lead poisoning, but any damage already incurred would be irreversible.

Columbia arrived at the National Eagle Center just a few months before the Space Shuttle Columbia mission that ended in tragedy. Columbia was named in honor of the commander and crew of this shuttle. 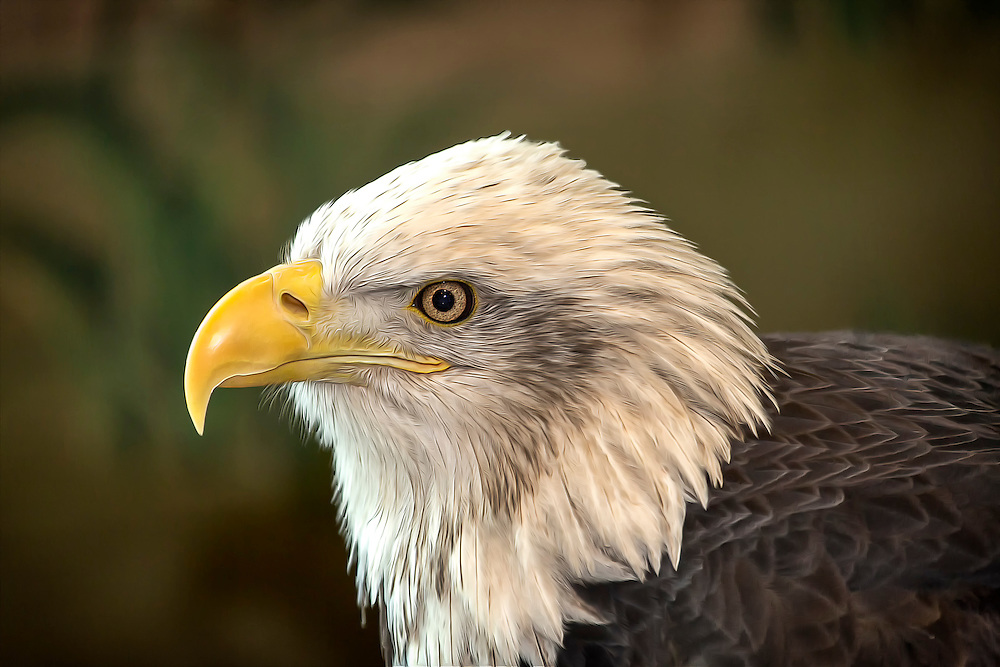