A Female Dark-Eyed Junco Foraging For Food in the Snow During A Cold Blue Winter Day.

Females and juvenile birds are generally paler and show a greater mixture of brown in the plumage. Generally, there is less white on the outer tail feathers in juvenile and female birds. There is, however, much individual variation.

The Dark-eyed Junco is the best-known species of the juncos, a genus of small grayish American sparrows. This bird is common across much of temperate North America and in summer ranges far into the Arctic. Dark-eyed Juncos are neat, even flashy little sparrows that flit about forest floors of the western mountains and Canada, then flood the rest of North America for winter. They're easy to recognize by their crisp (though extremely variable) markings and the bright white tail feathers they habitually flash in flight. One of the most abundant forest birds of North America, you'll see juncos on woodland walks as well as in flocks at your feeders or on the ground beneath them.

Juncos are the "snowbirds" of the middle latitudes. Over most of the eastern United States, they appear as winter sets in and then retreat northward each spring. Some juncos in the Appalachian Mountains remain there all year round, breeding at the higher elevations. These residents have shorter wings than the migrants that join them each winter. Longer wings are better suited to flying long distances, a pattern commonly noted among other studies of migratory vs. resident species. 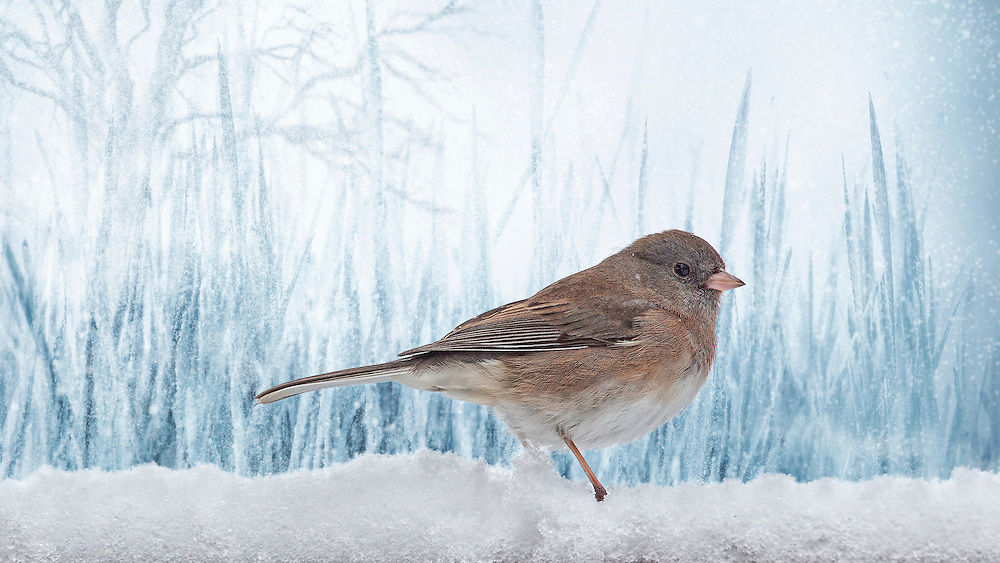