The familiar woody cone is the female cone, which produces seeds. The male cones, which produce pollen, are usually herbaceous and much less conspicuous even at full maturity. The name 'cone' derives from the fact that the shape in some species resembles a geometric cone. The individual plates of a cone are known as scales.

The male cone (microstrobilus or pollen cone) is structurally similar across all conifers, differing only in small ways (mostly in scale arrangement) from species to species. Extending out from a central axis are microsporophylls (modified leaves). Under each microsporophyll is one or several microsporangia (pollen sacs).

The female cone (megastrobilus, seed cone, or ovulate cone) contains ovules which, when fertilized by pollen, become seeds. The female cone structure varies more markedly between the different conifer families, and is often crucial for the identification of many species of conifers. 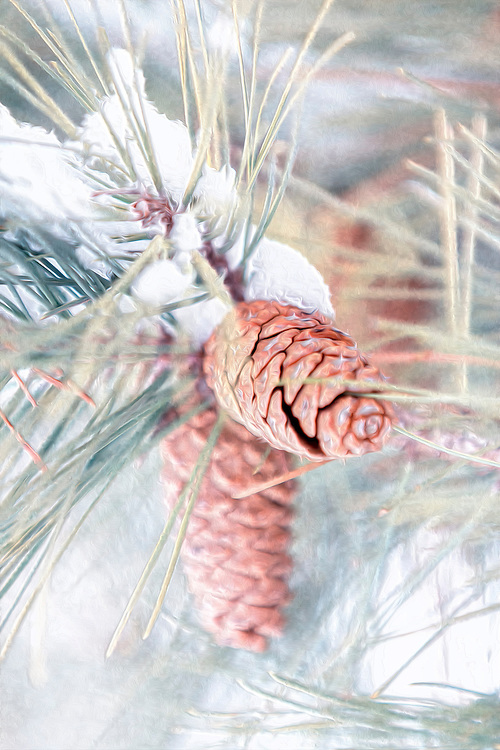