Angel came to the National Eagle Center in 2000. She had been found on the ground with a broken wing near Grantsburg, WI in 1999. She was just a fledgling and had been surviving on scraps of fish from nearby herons' nests.

Angel was treated at the University of Minnesota's Raptor Center in St. Paul, where she underwent surgery and realignment of the broken bone in her wing. Though repair of the bone was successful, the damage to the musculature could not be repaired. Angel is unable to sustain flight as she would need to survive in the wild.

Angel seems to have adjusted quite well as an eagle ambassador. She has matured from a dark headed juvenile to a fully mature, white-headed female bald eagle. Angel's loud vocalizations can be heard when a wild eagle passes by the windows of the National Eagle Center. Angel got her name in a naming contest by a 4th grade student from St. Felix School in Wabasha.

Angel's regal appearance has made her a favorite guest at many Native American ceremonies and countless educational events for schools, scout troops and communities. 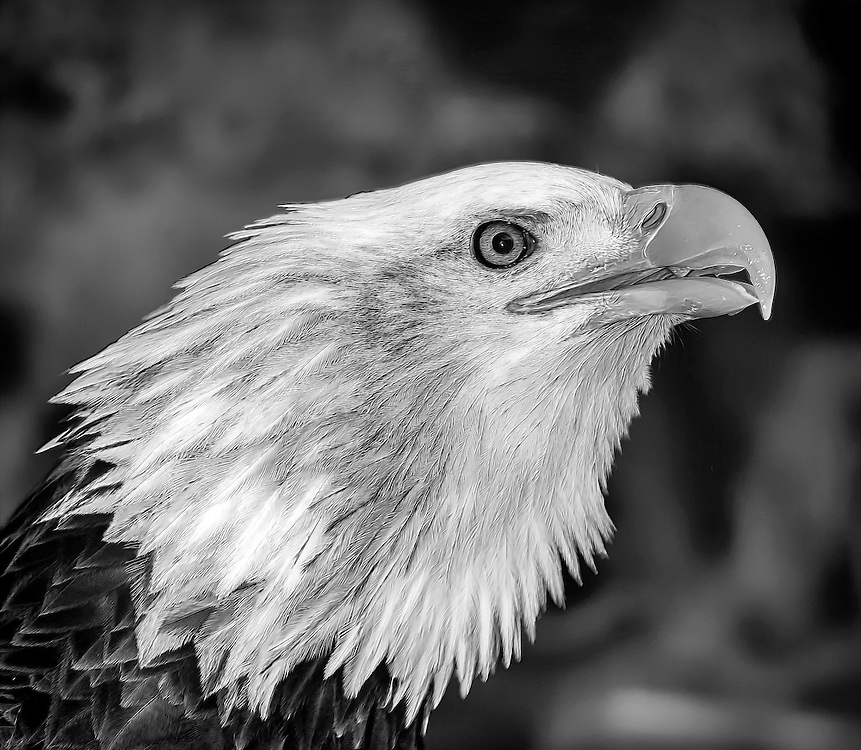