The Tufted Titmouse is a small songbird from North America, a species in the tit and chickadee family. The active and noisy tufted, North America's most widespread titmouse, is remarkably uniform morphologically, genetically, vocally, and behaviorally throughout its range. Besides gleaning trees and shrubs for arthropods, it spends more time on the ground searching leaf litter than do chickadees and most other titmouse species.

A little gray bird with an echoing voice, the Tufted Titmouse is common in eastern deciduous forests and a frequent visitor to feeders. The large black eyes, small, round bill, and brushy crest gives these birds a quiet but eager expression that matches the way they flit through canopies, hang from twig-ends, and drop in to bird feeders. When a titmouse finds a large seed, you'll see it carry the prize to a perch and crack it with sharp whacks of its stout bill.

Tufted Titmice are acrobatic foragers, if a bit slower and more methodical than chickadees. They often flock with chickadees, nuthatches, and woodpeckers and are regular visitors to feeders, where they are assertive over smaller birds. Their flight tends to be fluttery but level rather than undulating. 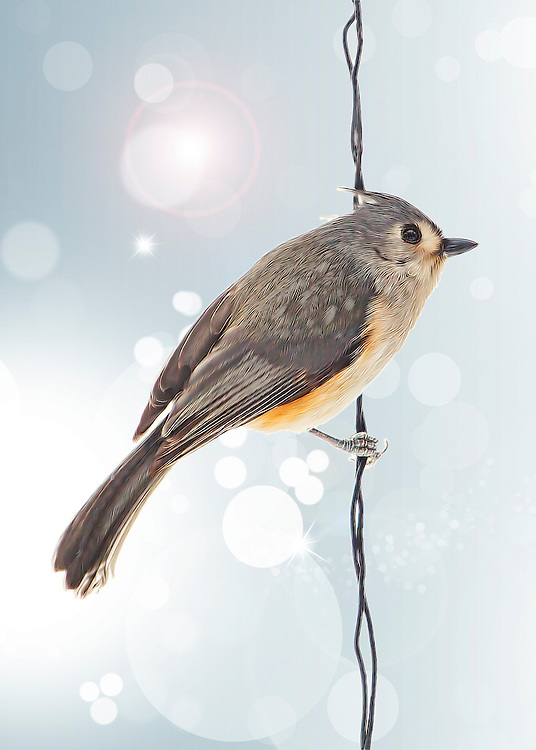