Pterois, commonly known as lionfish, is a genus of venomous marine fish found mostly in the Indo-Pacific. Pterois is characterized by conspicuous warning coloration with red, white, creamy, or black bands, showy pectoral fins and venomous spiky fin rays. Aside from instances of larger lionfish individuals engaging in cannibalism on smaller individuals, adult lionfish have few identified natural predators. This is likely due to the effectiveness of their venomous spines. Lionfish are known for their venomous fin rays, a feature that is uncommon among marine fish in the East Coast coral reefs. The potency of their venom makes them excellent predators and poisonous to fishermen and divers.

Pterois venom produced negative inotropic and chronotropic effects when tested in both frog and clam hearts and has a depressing effect on rabbit blood pressure. These results are thought to be due to nitric oxide release. In humans, Pterois venom can cause systemic effects such as extreme pain, nausea, vomiting, fever, breathing difficulties, convulsions, dizziness, redness on the affected area, headache, numbness, paresthesia (pins and needles), heartburn, diarrhea, and sweating. Rarely, such stings can cause temporary paralysis of the limbs, heart failure and even death. Fatalities are common in very young children, the elderly, those with a weak immune system or those who are allergic to their venom. Their venom is rarely fatal to healthy humans, but some species have enough venom to produce extreme discomfort for over a period of several days. 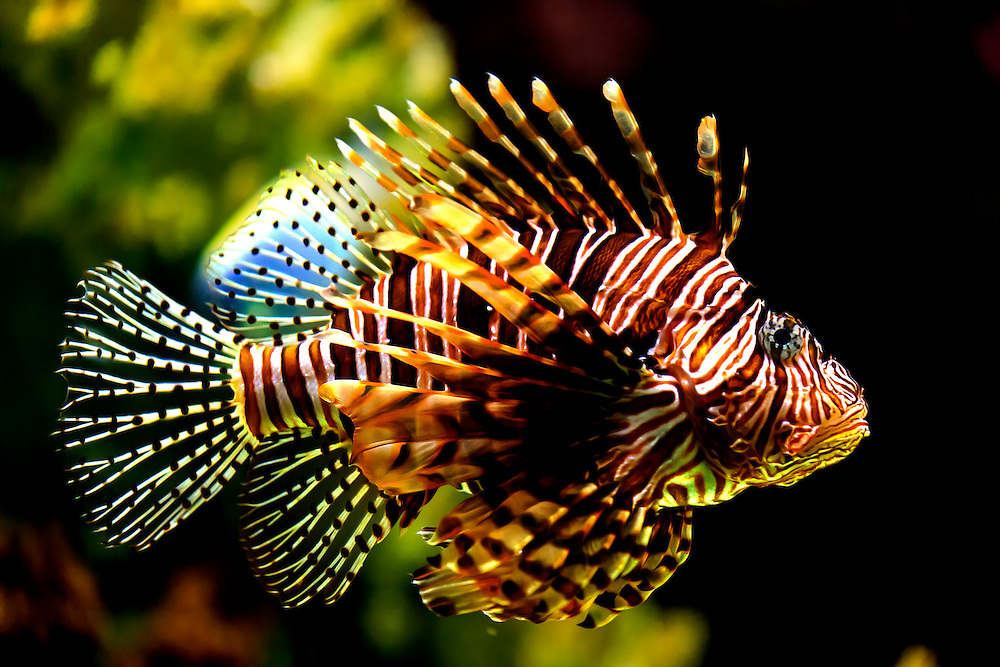