The Wood Duck or Carolina Duck is a species of duck found in North America. It is one of the most colourful North American waterfowl. Males are iridescent chestnut and green, with ornate patterns on nearly every feather; the elegant females have a distinctive profile and delicate white pattern around the eye. These birds live in wooded swamps, where they nest in holes in trees or in nest boxes put up around lake margins. They are one of the few duck species equipped with strong claws that can grip bark and perch on branches.

Wood ducks breed across most of the central and eastern United States, southeastern Canada and along the Pacific coast from California to British Columbia. The highest breeding densities occur in the Mississippi Alluvial Valley. In recent decades, the breeding range has expanded westward into the Great Plains region following development of wooded riparian corridors. Wood ducks prefer riparian habitats, wooded swamps and freshwater marshes. 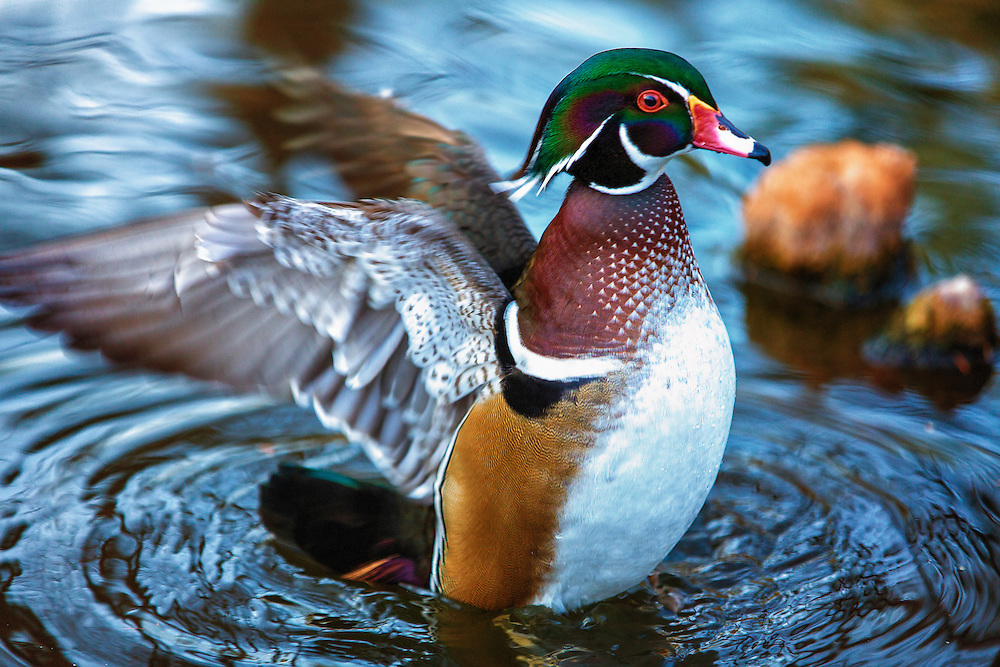