Bald Eagle Has Some Sushi

Harriet is the oldest eagle ambassador and arrived at the National Eagle Center in 2000. In 1998, a vehicle collision left her left wing badly dislocated and part of it was subsequently amputated.

Although she was fully adult at the time of her injury, we know that she hatched in 1981. Harriet was banded as an eaglet in her nest in northern Wisconsin. A researcher placed a small aluminum band on her leg, and she lived in the wild for 17 years before her accident in 1998.

Harriet has a feather tuft atop her head that makes her easy to identify. We can't be certain, but suspect that this distinctive feather growth is the result of scar tissue and damage to feather follicles.

As an eagle ambassador with the National Eagle Center, Harriet has made appearances across the country. She's been featured on the Today Show and The Tonight Show with Jay Leno. In 2007, Harriet was in Washington DC to celebrate the removal of the bald eagle from the endangered species list.

Much of Harriet's work over the years has been with veterans. She has visited VA hospitals and been a part of numerous veterans honor ceremonies. Harriet is the eagle featured on the Minnesota Support Our Troops license plate. 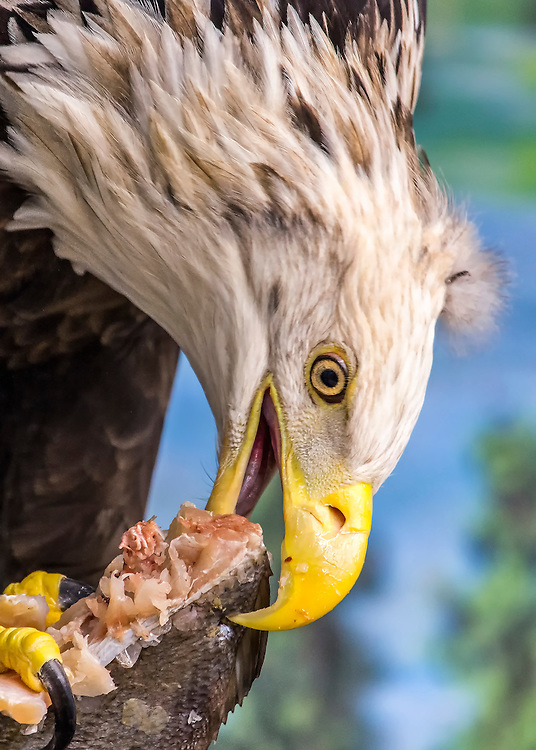