The Hennepin Avenue Bridge is the structure that carries Hennepin County State Aid Highway 52, Hennepin Avenue, across the Mississippi River in Minneapolis, Minnesota at Nicollet Island. Officially, it is the Father Louis Hennepin Bridge, in honor of the 17th-century explorer Louis Hennepin, who was the first European to discover the Saint Anthony Falls a short distance downriver. Two of the three previous structures have been suspension bridges, while a third, which existed nearly a century, was composed of steel arch spans.

The original crossing, which opened as a toll bridge on January 23, 1855, is believed to have been the first permanent span across the Mississippi at any point. Other bridges were completed in 1876, 1891, and most recently 1990. Today, the bridge's main span is 625 feet (190 meters) in length, making it rather small by modern standards. 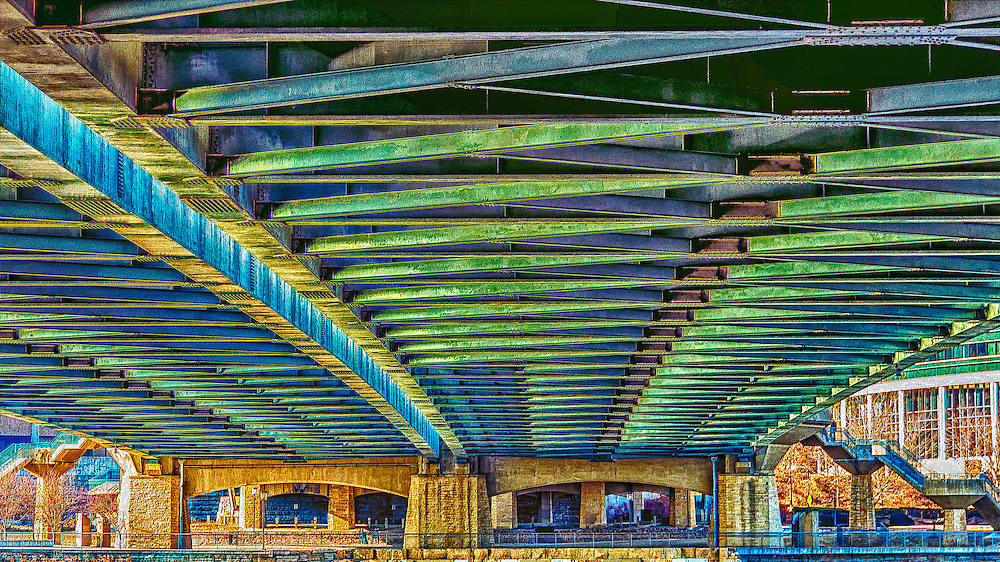