The Common Starling, also known as the European Starling or in the British Isles just the Starling, is a medium-sized passerine bird in the starling family Sturnidae.

First brought to North America by Shakespeare enthusiasts in the nineteenth century, European Starlings are now among the continent?s most numerous songbirds. They are stocky black birds with short tails, triangular wings, and long, pointed bills. Though they?re sometimes resented for their abundance and aggressiveness, they?re still dazzling birds when you get a good look. Covered in white spots during winter, they turn dark and glossy in summer. For much of the year, they wheel through the sky and mob lawns in big, noisy flocks. 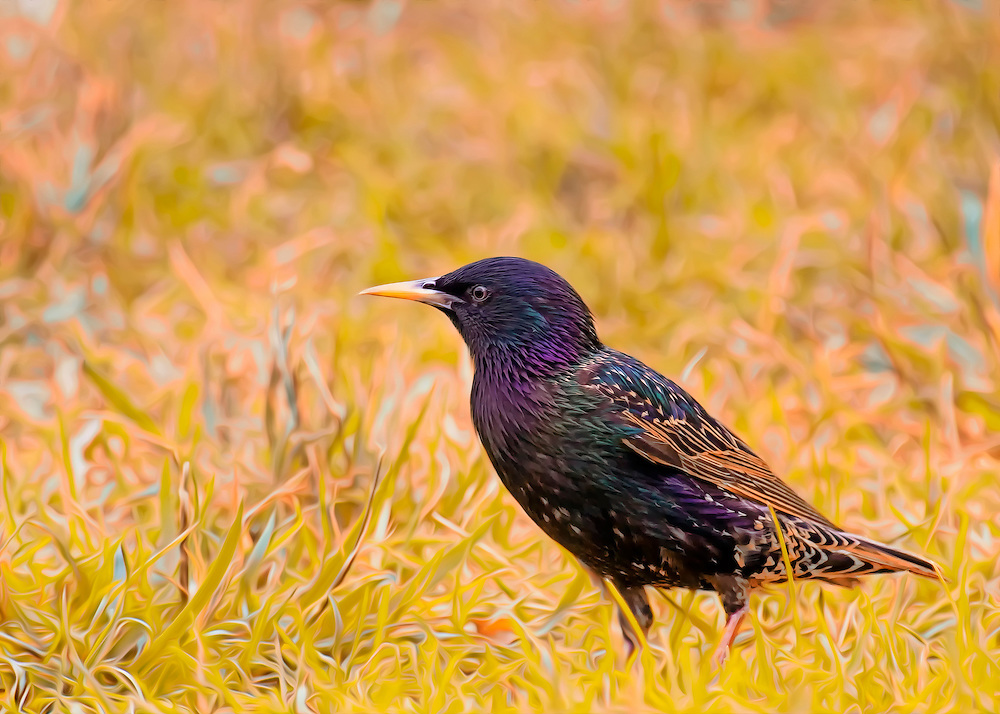