The Halloween Pennant has been described as looking very similar to a butterfly. Its wings are orange-yellow in color, though its markings are dark brown, not black as is commonly believed; the entirely orange-yellow wings with dark brown bands are what has given it its Halloween common name and its typical position of being perched at the tip of a weed stalk, waving in the breeze like a pennant contributes to the remainder of its common name. The young has yellow markings, including a stripe on its back, and adult males develop pale red markings, particularly on the face, though females will occasionally get these red markings too. Halloween Pennants are normally between 38 and 42 mm (approx. 1.5 inches) in size. They feed on other insects, and they are able to fly in rain and strong wind. On hot days, it will often shade its thorax using its wings. 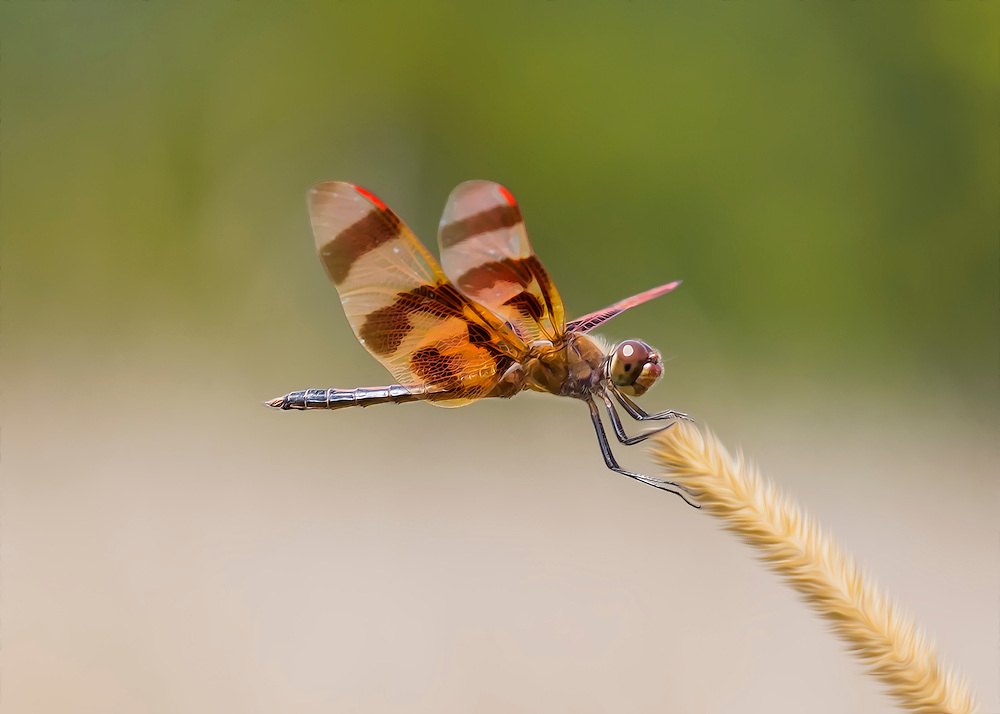