A wood duck swims in green grassy waters. The Wood Duck or Carolina Duck is a species of perching duck found in North America. It is one of the most colorful North American waterfowl.
The population of the Wood Duck was in serious decline in the late 19th century as a result of severe habitat loss and market hunting both for meat and plumage for the ladies' hat market in Europe. By the beginning of the 20th century Wood Ducks had virtually disappeared from much of their former range. In response to the Migratory Bird Treaty established in 1916 and enactment of the Federal Migratory Bird Treaty Act of 1918, wood duck populations began to recover slowly. By ending unregulated hunting and taking measures to protect remaining habitat, wood duck populations began to rebound in the 1920s. The development of the artificial nesting box in the 1930s gave an additional boost to Wood Duck production. 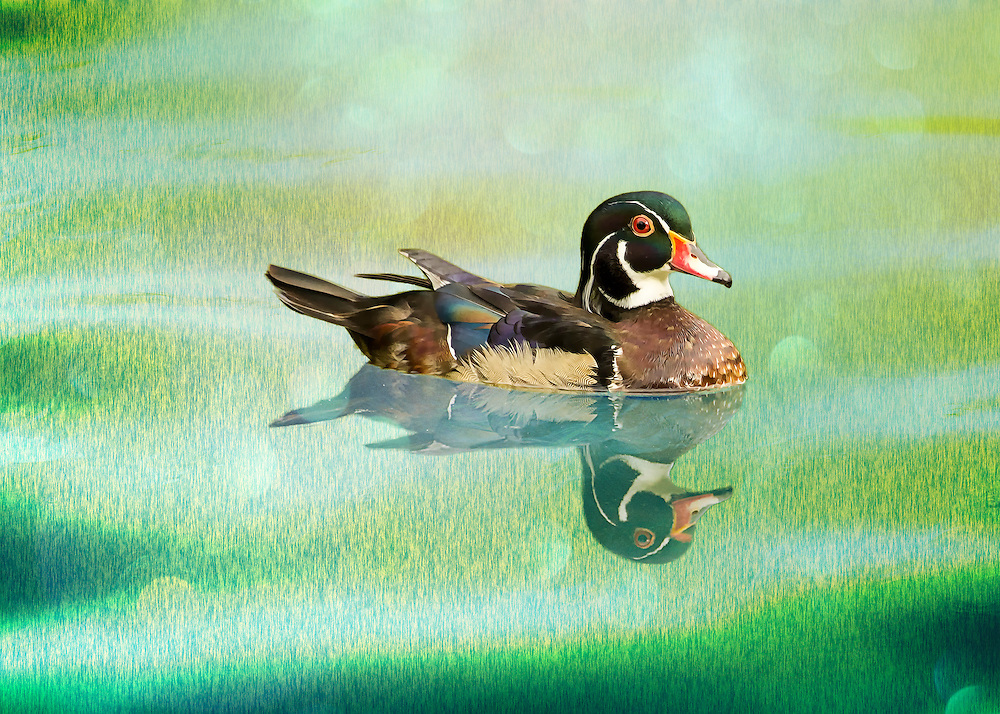